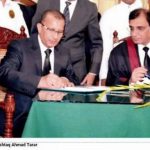 Chaudhry Mushtaq Ahmed (born 7 April 1959) is a Pakistani jurist who has been Justice of the Lahore High Court since 7 November 2014.

Ahmed was born on 7 April 1959 in village of Head Faqirian in Malikwal Tehsil of Mandi Bahauddin District located in Punjab province of Pakistan. Ahmed attended Government High School in village Mona which is also located in Mandi Bahaudduin district, that is where he passed his matriculation exam. In 1976, he gained his Faculty of Arts degree from Government Degree College located in Bhalwal. For Bachelor of Arts, he attended Government Degree College in Sargodha and got his degree in 1978. In 1984, he got his LLB from Federal Law College located in Islamabad, an institution affiliated with University of the Punjab.

In 1985, he started legal practice as an advocate and became member of Rawalpindi’s District Bar Association. In 1987, he started practicing as an advocate in the high court and continued as a lawyer until 1998. On 2 January 1999, he was elevated to an Additional District and Sessions Judge (AD&SJ) post in Multan. After Multan, he had dispensed his duties as AD&SJ in Okara, Dipalpur, Sargodha, and Narowal. In February 2007, he became District and Sessions Judge (D&SJ) and remained Special Judge for anti-corruption in Bahawalpur for three years then he was transferred to Rajanpur as D&SJ. Then, he was posted as Special Judge for Anti-Terrorism Court Number 1 in Gujranwala, then again as D&SJ in Toba Tek Singh. Lastly, he was serving as D&SJ in Nankana Sahib when on 7 November 2014, he was elevated to Lahore High Court as a judge. 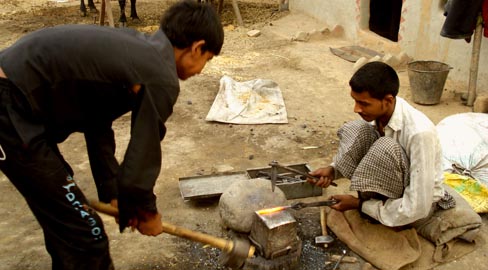 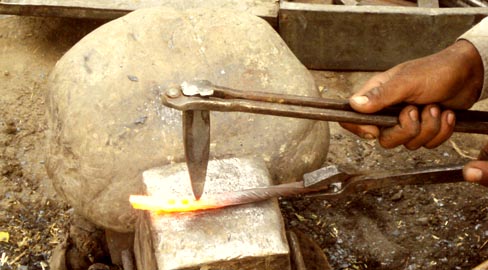