Aamer Jaffery (born 3 January 1989) was a Pakistani cricketer. He was a right-handed batsman and leg-break bowler who played for Sialkot. He was born in Mandi Bahauddin.

Jaffery, who appeared for Mandi Bahauddin Under-19s in the Inter-District tournament between 2005 and 2007, made a single first-class appearance in October 2007, against Multan. From the lower order, he scored 13 runs in the first innings in which he batted, and 7 runs in the second. 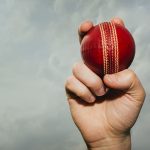