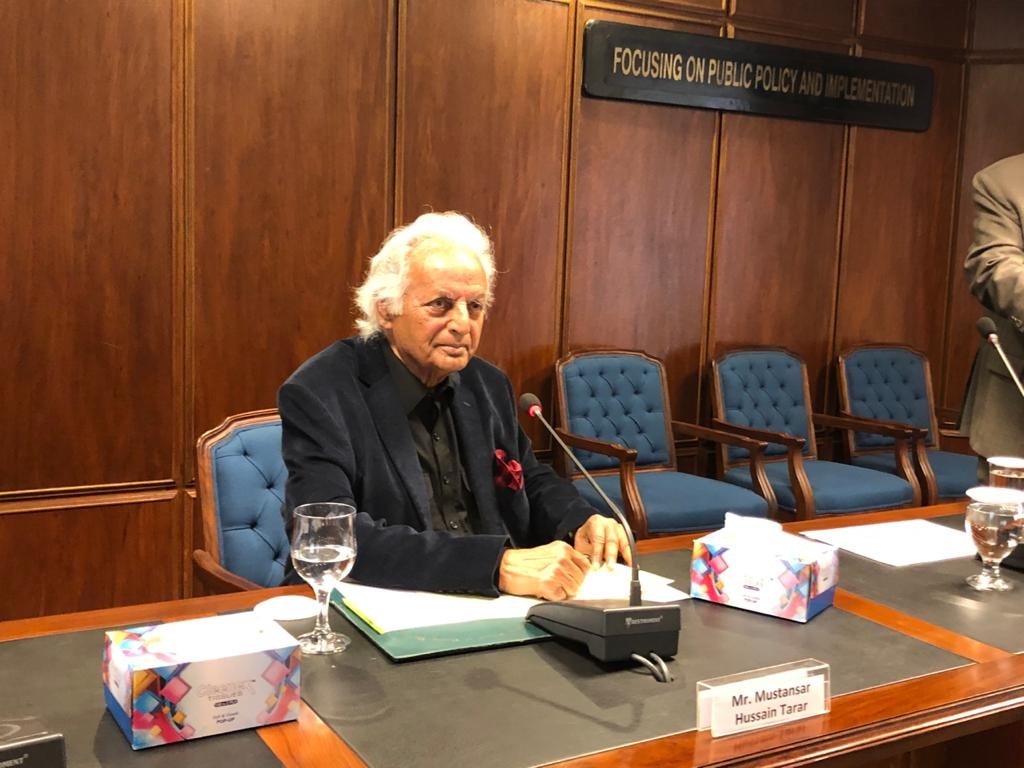 Mustansar Hussain Tarar was born in Mandi Bahauddin Village jokalian on 1st March 1939 at his maternal grandparents’ house, according to the preface of his book, Lahore Awargi. But he was raised in Lahore with his family that hailed from Mandi Bahauddin. His father, Rehmat Tarar, operated a small agricultural seed store by the name of “Kisan & company” that later flourished to become a major business in that field.

Tarar was educated at Rang Mahal Mission High School and Muslim Model High School, both in Lahore, Pakistan.[4] He pursued higher studies at Government College, Lahore and in London.[4] While abroad he spent much of his time watching movies, hanging out with friends and reading books. In 1958, he attended the World Youth Festival in Moscow and wrote a book named Fakhta (Dove) based on his experience

His first book was Nikley Teri Talaash Main, dedicated to his youngest brother,Mobashir Hussain Tarar, a travelogue of Europe published in 1971. This followed a period during which he travelled in seventeen European countries, and it led to new trend in Urdu literature. As Safar Nama, he has so far over forty titles to his credit. These span many genres, including travelogues, novels, short stories and collections of his newspaper columns and television dramas.

He also became a television actor and from 1988 was for many years a host of PTV‘s live morning transmission Subuh Bakhair (Good Morning). His unconventional and down-to-earth style of comparing earned him great popularity among people from all circles of life. He is one of the most recognized personality among children as he spent a big part of transmission time addressing exclusively children. He called himself the cha cha jee (paternal uncle) of all Pakistani children and soon became known by this title.

Tarar has been an active mountaineer for many years. and has been to the base camp of K2 and the Chitti Buoi Glacier (translated as a glacier with large crevasses). He has gained respect among the Pakistani mountaineering community.

Currently he writes a weekly column for Akhbar-e-Jehan, he also writes a fortnightly column for the English language daily Dawn and columns for the Urdu language Aaj Daily. He is currently writing a column in Daily Jinnah (Urdu Daily).

His novel Raakh was nominated as one of the best in the history of sub-continent South-Asia. His books include:

Dramas
He is also the author of many famous drama serials for PTV.