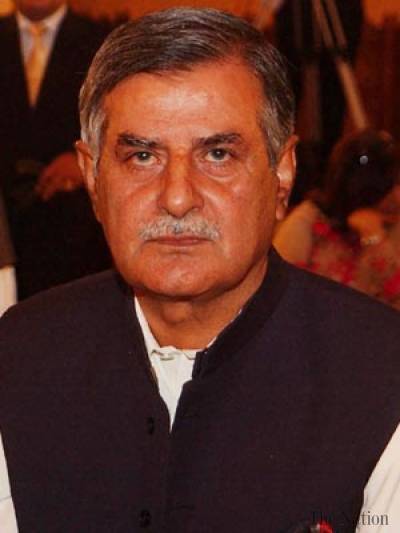 Ch. Nazar Muhammad Gondal (born April 15, 1950) is a Pakistani politician, a former Federal Minister for Capital Administration & Development. He received his bachelor’s degree in Legislation and Law (LL.B).Gondal joined PTI (Pakistan Tehrik.e.Insaf)on June 6, 2017. He was previously associated with Pakistan Peoples Party Parliamentarians(PPPP).He has also served as head of Pakistan Badminton Association and also as head of other public offices.

He has been elected as Member National assembly for the second time. He is politically affiliated with Pakistan Tehreek-e-Insaf (PTI). He is a lawyer and a farmer by profession.. He was appointed as Parliamentary Secretary for Establishment Division. Nazar Muhammad Gondal was also elected as the Nazim of Mandi Bahauddin District from 2001–2004. He won the February 18 general elections from NA-109, Mandi Bahaudin-II on ticket of PPPP. He was victorious over Pakistan Muslim League candidate Nasir Iqbal Bosal.

Controversies: During his time electoral era as Food Minister, his brother Zafar Gondal was arrested for corruption and money laundering in billions of tax payer money. In 2018, he lost his NA-86 seat due to such irresponsible political attitude.