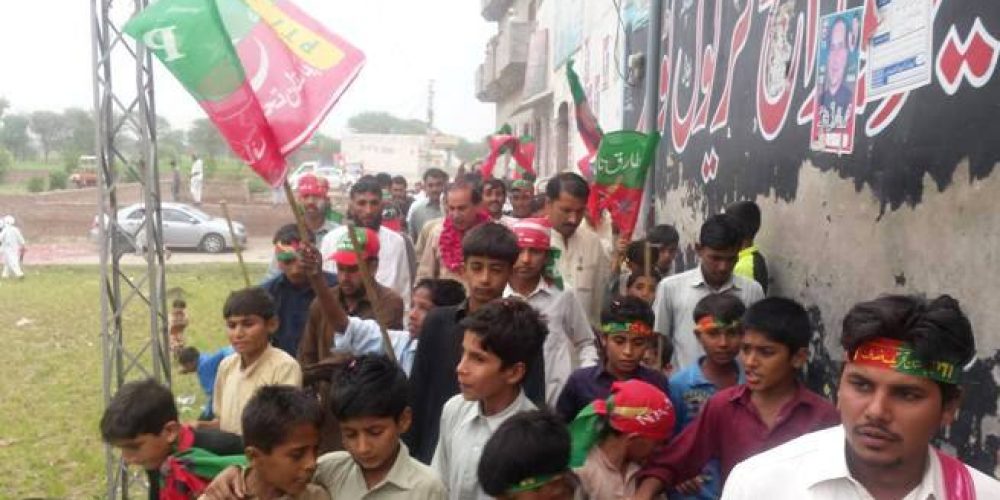 It is situated at a distance of 17 km from Phalia Tehsil on South-East dimension. Bhagat, Sarang, Dhabola, Baho Manga, Cahnni Manga are neighboring villages all around.

It is a beautiful village surrounded by green fields of seasonal crops because it is located in an agricultural region. Its North side comprises waste fertile land for cultivation and variety of beautiful trees naturally grown up, show a beautiful scenery which is worth-watching in the moon-soon season.

If Government develops a net of roads in this region, it can become center of Tourism because it is close to the Chenab dam.  Even though there is lack of facilities like plane roads, proper transportation system, organized hospital, super markets and other government-supporting facilities, nevertheless villagers striving to equip their village with modern needs.

Pakistan’s 60% population based on rural areas hence government must focus on rural development.

Since the beginning of human history the man has been living near water resources in the form of lake, river or sea to make sure the availability of water for cultivation and daily usage. This was the reason, originally Agroya village developed on the bank of Chenab-River in early 1800.

Our ancestors told, before 1900 population was not too large to divide the land for ownerships. People used to search for fertile lands, in this regards few families of different castes like Tarar, Tarkhan, Lohar, Komhar, Moochi, Chughtai, Ranjha, Maachi, Nai, Makhdooms,  Chohaan and Muslim-shaikh started living on the bank of Chenab-River, migrated from Shahedan-Wala, Jassu-Saddu-ki and other areas. In those days people used to live in mud houses, once flood hit the Chenab-River spread on waste area, flood tides flew away crops, animals and nearby all mud construction ruined.

There after our forefathers constructed the village at a distance of some five/six kilometer from the river bank. After few years in the rainy season flood hit again with some extra destruction and villagers were homeless.

Then third time, the construction of Agroya village, the current location took place at fifteen kilometers away from Chenab-River on the North. There were living two/three families of Sikhs(Khatrees) but they migrated to India after 1947 separation and their houses handed over to Mahajreens.

Almost 60% of the village population is concerned to agriculture rest of the population adopted other occupations to fulfill the local day to day needs, regardless of caste differences a large number of villagers serving abroad in the field of construction, driving, store keeping, and so-forth.

The same crops grown in Agroya region as in whole Mandi-Baha-Uddin like wheat, rice, maize, tobacco, sugarcane, sunflower and all sort of fodder for cattle.

If we talk about fruits, melon and water melon are fondly grown in our region, other fruits almost nil even can’t fulfill local needs though there is enough potential to grow up mango and orange gardens in the region.

During the last two decade the fish-farming industry developed a lot in our region for the best use of damp soul, Agroya village contributing almost 500 ton fish every year in the national fish merchandising.

All is meaningless without memorizing the great “Marhooms” of Agroya, they contributed something glorious in the society.

He was the first man in Agroya village who had the enough knowledge about Islam and Quran, He served for new generation with responsibility and spent his whole life to get understand the Islam and reading of Quran. Mr. & Mrs. Rasheed Makhdoom are also quite memorable for Islamic services.

He was a brave soldier of Pakistan army; embraced “Shahadat” during the “Wana” operation Wazirastan in 2003 while fighting against Endian backed Talibans.

He was another gallant ‘Jawan’ of Pakistan army; also embraced “Shahadat” in the same battle field in 2008. Both ‘Jawans’ buried in the village with guard of owner by Pak-Army.

He was a pious social person, always used to talk about welfare of the society. Besides all, He was an active servant and financial controller of Jamia Masjid Agroya.

«  The same number of women also serving in relevant profession.

The youth is performing responsibilities in every field of life with full commitment, few of them being mentioned here.

Agroyian youngsters fascinated of this game. After every two/three year regional championship is held in Agroya. Almost 20/25 teams participate in the event. Event is well organized under the supervision of Malak Irfan and Safdar Muraad. In 2012 championship, after thorny competitions Sarang and Luck reached in final and Sarang won the championship with close margin. Agroya and Sarang are historical rivals in cricket; they keep on playing friendly matches time to time with each other.

It’s another game mostly played in Agroya with enthusiasm. Agroya and Ghaniyan are historical rivals in this game, and invite each other to play this game.

Few other games are also played like football, hockey, volley ball, but not so organized as cricket and kabaddi.

Dada Jevin Shaheed, buried in east graveyard, a tale commonly described about this saint, He was murdered in Murala by enemies. Cruel-man separated his head and body by sword there after his head spoken out and told who the murderer was, that is why people call him ‘Jevin Shaheed’. Actual name can’t be found.

Baaley Shah, graved in center of the village! no popular tale.