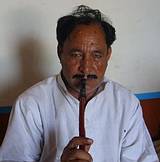 Village Bahri is in Tehsil Phalia distt M.B.Din. Its round about 12 km from phalia in south and 6 km from village Qadirabad in east. It is situated at small road from Ranmal shareef to Qadirabad.

Round about 2 centuries before village Bahri was in distt Gujranwala,then due to flood reasons it bcame part of the river and people of that village were diveded into two parts ,some came in mandi bahauddin area and other were gone to Hafizabad distt. At that time there was Chaudhry Alam in Hafizabad Bahri

and a Sahibzada sahib was in mandian Bahri.Nowadays river is in the boundry of hafiz adadi bahri.T

Populationhere were 3 brothers ,one was named as Bahoo, 2nd was Vero ,3rd was Gurgaje,

Vero’s sons were in both bahris.and Vero was the founder of Bahri ,Vero was Tarar.This village is at the bank of river. Chanab river is just half a KM from Bahri vilage. Bahri is very famous due to its old Jirga(panchait)

Population of the village is round about 3300 persons

Nature of the people

People of the village are very hospitable,friendly, hard working,and moderate.

Source of income of village comes agricultur sector.govt services,and most of the people are living abroad ( spain.america,england,middle east etc)

Social personalities of the village

There are Four Masaajid in the village

There are 2 govt primary schools in the village ,one for girls and other for boys.,.and a private school is also working there named as,Zeshan Public model middle school Bahri

Tv, Mobile .There is No PTCl in the villageVillages own adda is there from where hiluxes goas to Phalia and other cities of the distt.

Canal R-15 passes by the village .which comes from chooknawali and ends at Thatta Khan Muhammad.