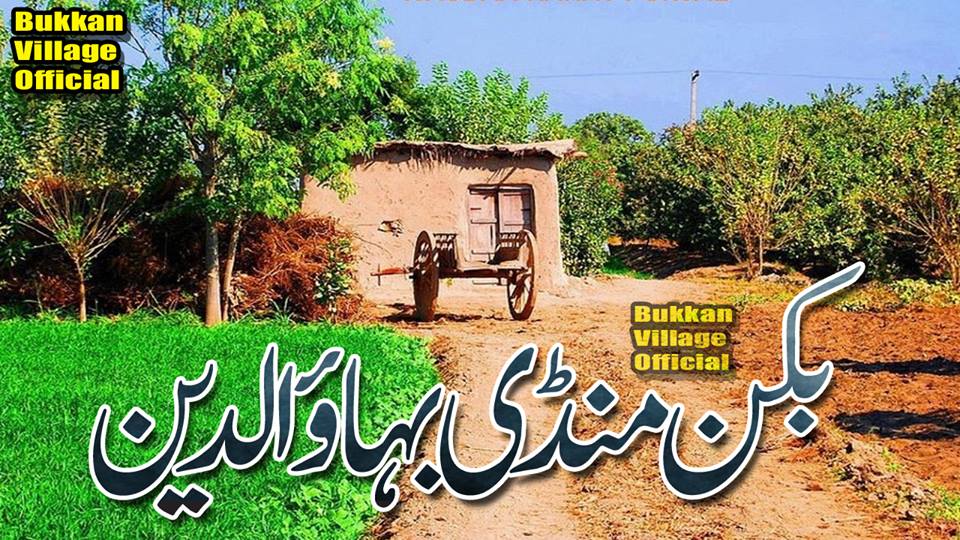 Bukkan village is in tehsil Malakwal, distt Mandi bahauddin. It is situated at M.B.Din–Sargodha road. It is 25km from mbdin in south-west and round about 23 km  from malakwal in south east. Its a big town. The union council of bukkan is goharr. First distt. Nazim Nazar Muhammad Gondal and Maj. Rtd. Zulfiqar Ali Gondal sitting MNA they are also originally belong to Village Bukkan. 35% young generation now is now abroad, especially in europe. Most people are economically well settled. Land is very fertile because of 3- canals that pass near Bukkan. When the people who live in Chacks like 32, 33 and in Karariwala around Bukken  migrated, they covered a lot of part of bukkan,s land. Elders of the village tell that at the time of partition there were a lot of rich KHATRYs settled in this village then they migrated to india. The population of my village is round about 10,000.The literacy rate is  average. Bukkan is basically a agricultural area.There are three water canals in  the west of village.Where ,the people go for morning walk and to take bath.

Mr. ABBAS GONDAL was martyred in 1972 in Liaqat abad in Mr Bhutto,s session then the ex-governer of punjab Malik Ghulam Mustafa Khar came to Bukkan and he asked the family of Abbas Gondal for reward then Ch. Shaan Muhammad (late) ex. councler requested to Mr. governer that if u wana help us then we need high school and electricity and one bricks road for our people of village that links bukkan to main GT-Road Mandi -Sargodha. Thats how its name is GOVT ABBAS HIGH SCHOOL BUKKAN. Mr abbas,s father name is sai muhammad gondal as mentioned in list of social personalities of the village.

Nature of the people of the Village

The people of the village are moderate and very hospitable. Also the people  of my village are religous,very respectable,honest and peaceful.

Most of the people of the village are agriculturist. Some are in government services and some are abroad in gulf states, USA and Europe.

Schools and Colleges in the village:

The administrator of the Madrassa is Qari Tanveer Ahmed Usmani, a very respectable personality in the village and working hard for the betterment of the village and area.

Nearby Parks, canals and Jungles

There is a jungle, 15 km  in the west of Bukkan ,named as Mona depot jungle. Mona depot is the biggest depot of Army in our area,where a lot of horses and Khachars are available . Its area is 25 square km  . There is also small Canal in the west of the village where people of my village go every morning for morning walk.