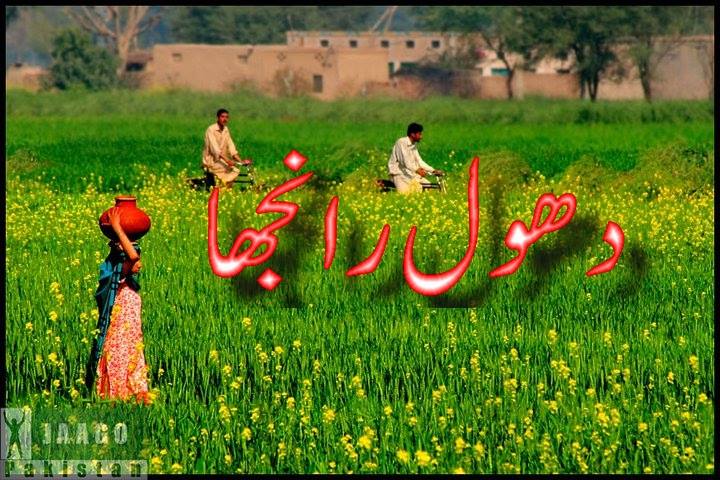 Dhoul Bala is a famous village of District Mandi-Bahauddin. In its east is Ladher Kalan, in West is Madhrey Rattowal, in North is Mangat and its south side is one small canal and Kailu , Phalia.

Population of our village is round about 7,000 persons.

Majority population of the village belong to Ranjha community. People of other communities like syed , Gondal, Kassar, Tarar etc. are also residing there.

People of the village take interest in Volley Ball, Cricket, and Tent Paging. There is a Ground for Horse Riding.

Peoples of the village live a simple life. They have very friendly behavior. Peoples are very much hostile, peaceful and sincere. People of the village go to their lands to care their cattles and crops and come back in the evening so they have a very busy life.Young boys play Cricket, Volly Ball or play cards in their extra time. Peoples of the village remains careful about fight and misbehavior because if any body do a little mistake other party persons quickly report to the police at Thana Phalia.

Village is located almost 7.0 KM towards east from Phalia City.Peoples use Tanga’s & Rikshas to reach the bus stop. Motor Cycles and Cycles are very common in the village which are used to go towards their lands or near by areas.

No Bazars or Markets are present in the village only few General stores (Karyana shops) are present which provide commodities of daily use. Peoples have to go Phalia or Mandibha ud din City for major shopping.

Crops Of The Village:

The number of registered voters in the village is 3800 among them almost half of them are of female voters. Although village is small but at the time of election village splits into three parts. Each group tries to cast votes against each other. At the time of BD elections both males and females cast vote but at National and Provincial Assembly elections only males cast their votes.

Nature Of The Peoples:

People of our village are very respective, moderate ,well educated and good host. Way of living is mixture of agricultural and city life. Some people are working in govt sector and many are abroad .

There are government-run primary and middle schools for both boys and girls. There are also private schools as well. The literacy rate is increasing sharply.

There are 2 Govt. Schools (one for boys and one for girls) and 02 Private Schools. There are also 02 Mosques in the village. One private school is Ghazali Model high School.

There is 04 Rest House For Peoples

Sports Of The Village:

There is one Park for Peoples nearby our Village and also there is Canal. Kabaddi is the Popular Sport in the Village.

Main Problems Of The Village: