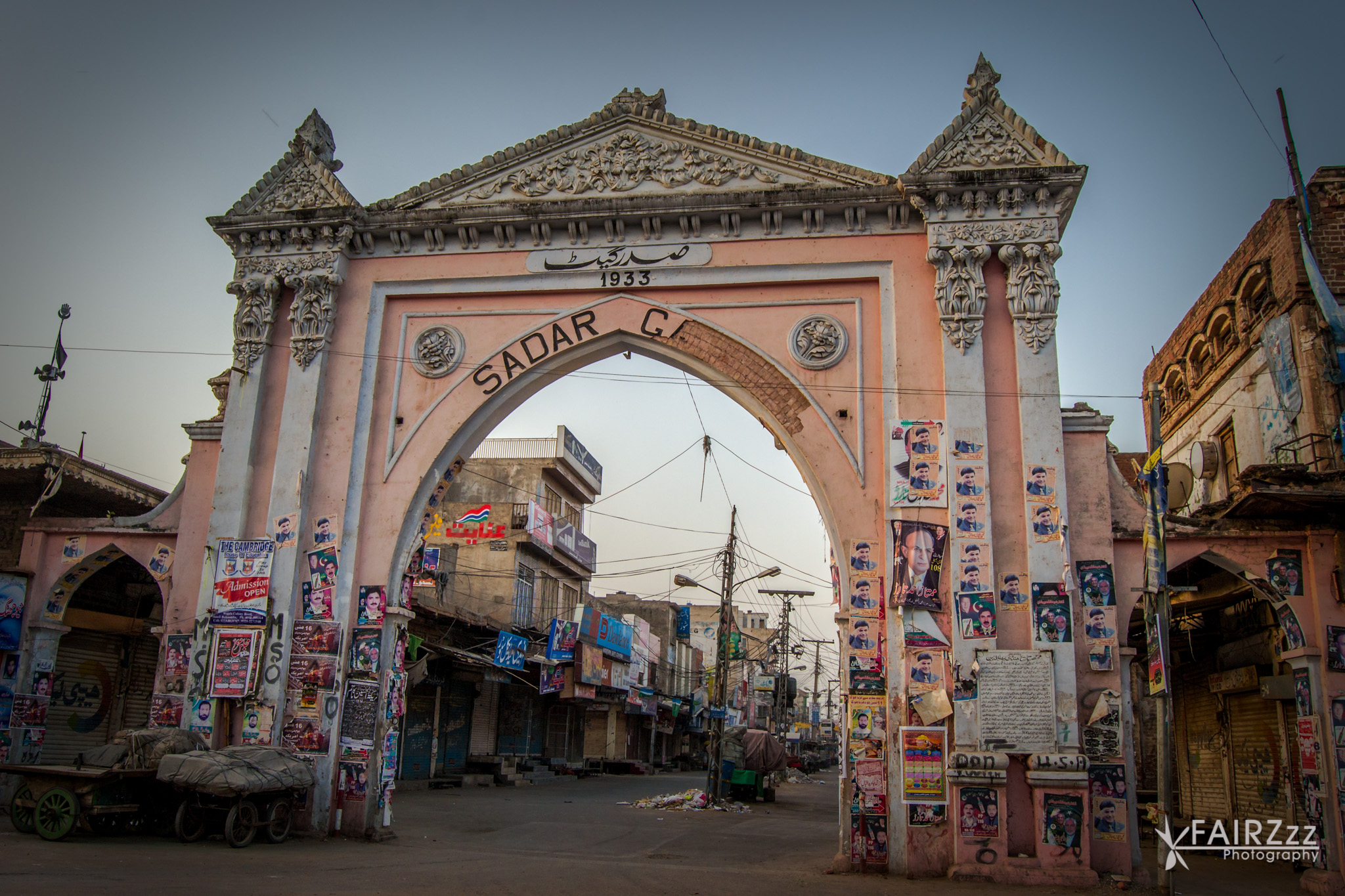 In 1506 C.E. Chief Bahauddin, Sufi Sahib, established a settlement namely Pindi Bahauddin in the north-eastern corner of the region known as “Gondal Bar”, after his immigration from Pindi Shah Jahanian to this area. The settlement soon became a center of intense commercial activity, hence named afterwards by the merchants as “Mandi Bahauddin”, the Market of Bahauddin. The Urdu word “Mandi” implies “marketplace”. The proto-city was later on fortified with 9 main doorways to guard against foreign invasions. The wall intact today was completed in 1946.
However, the
recorded history of Mandi Bahauddin goes back to the era before Christ, connecting the region with the historic figure of Alexander the Great. Some 8 km northwest of the modern-day Mandi Bahauddin town, near the plain of village Khiwa on the southern bank of Jhelum River (Greek Hydaspes), the battle Battle of the Hydaspes River was fought between Raja Porus (Sanskrit Paurava) and Alexander. This historic battle of Hydaspes River, which Indian sources refer to as the “Battle of Jhelum”, took place in 326 BCE. The kingdom of Raja Porus was situated in the northern Punjab of modern Pakistan. This battle proved the last major fight of Alexander’s career, for the Macedonians, after being put up a fierce resistance by Porus’ soldiery and having heard of a massive 4,000 elephant force mustered by eastern kingdoms, refused to march further east i.e. Ganges Plains.
After the battle, Alexander laid down the foundations of three cities in the modern-day Mandi Bahauddin district: “Nicaea” (Victory), near modern-day Mong, “Bucephalus”, after his horse’s name at the site of modern-day Phalia, and “Helena”, after the famous Greek legend of Helen of Troy. Further south in what is today Wazirabad, the cutlery industry has its unique honour to have sharpened and prepared the swords of this great invader.

In 997 CE, Sultan Mahmud Ghaznavi, took over the Ghaznavid dynasty empire established by his father, Sultan Sebuktegin, In 1005 he conquered the Shahis in Kabul in 1005, and followed it by the conquests of Punjab region. The Delhi Sultanate and later Mughal Empire ruled the region. The Punjab region became predominantly Muslim due to missionary Sufi saints whose dargahs dot the landscape of Punjab region.

Another historic battle of Mandi Bahauddin was fought in 1739–40 near the modern traffic site of “Satt Sira”. Although
no concrete historical record is available for the Battle of Satt Sira, this battle has come down in oral traditions as a legendary tale of valor and bravery. Reportedly, the Alliance of the 3-Sohawa villages (Sohawa Dillo Ana, Sohawa Bolani, Sohawa Jamlani) put up fierce resistance to one of the main contingents of Persian Army led by Nader Shah. Nader Shah was not present in person with the contingent, which had stationed near Satt Sira. The Sohawa Alliance, under the generalship of legendary figure Dillo khan gondal, managed to defeat and divert the pressure of Nader Shah’s formidable force, which soon afterwards sacked Delhi. On this redemption, some anonymous local Marasi poet of the day spoke up:
The combat between Dillo and the victor of Delhi (took place),

The one from the lineage of Lion (Dillo) came out victorious.

Mandi Bahauddin came under British rule in the nineteenth century. The city is only 34 km southwest of Chillianwala, the site of the famous Battle of Chillianwala/The Second Sikh War, fought between the British East India Company and the Khalsa Sikh Army. The British commander in the battle was General Sir Hugh Gough, who was later on replaced with General Charles James Napier. The city fell to the British in 1849 as the Sikhs were defeated in this decisive combat and the whole Sikh kingdom, consisting of modern Punjab and Khyber Pakhtoonkha provinces, was annexed to the British East India Company same year.

The population grew considerably in the early 20th century near the old village site [Chak No. 51], where Sikh, Hindu and Muslim businessmen and landowners came to settle. The town was named Mandi Bahauddin after the establishment of a grain market in the area (Mandi means “market” in Urdu). During the British rule, in 1916, the Pindi Bahauddin Railway station was built to connect the town with other major cities via Lala Musa Railway Junction. It was a time when the British
re building railway tracks across the Subcontinent and introducing modern and essential public-use equipments in their best interest. The Railway System was introduced and laid down to defend their Empire from the North. Partly due to the reason quoted above and partly due to its geographical position, it was called North-Western Railway (NWR).
Chak Bandi was founded by Sir Malcum Heley and approximately 51 Chaks were settled and notified. In these 51 Chaks, the land was awarded to the people who were loyal to the British Empire and had worked for the British interests. Chak 51 became the centre of this newly established town. The map of this Chak was made by John Alam. A famous grain market was set up in the center of the Chak. Soon afterwards, Chak No. 51 was called Mandi-Bahauddin. In 1920 this name was notified. In 1924 Pindi-Bahauddin Railway station was also notified the above mentioned name. In 1937 when Mandi-Bahauddin was town, it was given the status of a town committee. In 1941, the town was given the status of a Municipal Committee. In the master plan for the reconstruction of the town, in 1923, all of the streets and roads were laid straight and wide. In 1946, nine gates and a fortification wall surrounding the whole town, belated due to riots, was completed.

The predominantly Muslim population supported Muslim League and Pakistan Movement. After the independence of Pakistan in 1947, the minority Hindus and Sikhs migrated to India while the Muslims refugees from India settled down in the Mandi Bahauddin District. In 1960, the city was given the status of Sub-Division in District Gujrat.

The Tehsil headquarters towns of Phalia and Malikwal are 22.5 and 28.5 kilometers from Mandi Bahauddin, respectively