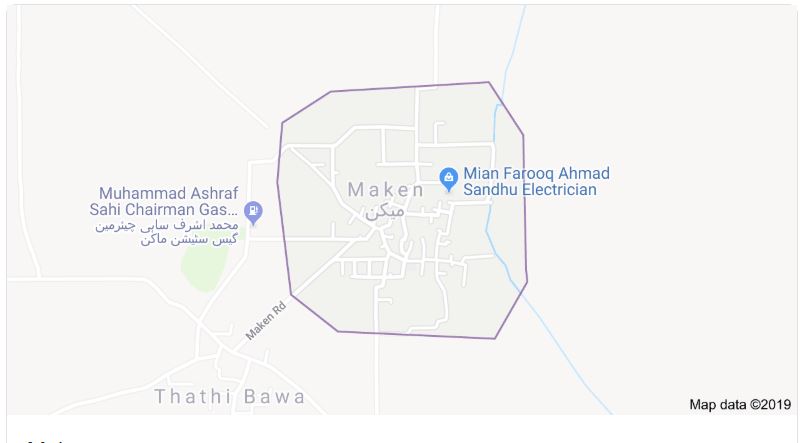 Originally Maiken came from another village called Kot Bhai Khan da in Sargodha in the early Mughal era around 500 years ago. The Makin people got a lot of land at this place and settled here and the village was named Maken. As at that time there was no security and many times they were lotted from thieves and robbers. So for their security they brought other casts like Bhatti from Pindi-Bhattian and Gondal from Kot Moumman. And Makens then gave some lands to these people (Bhatti and Gondal). Since then this village has 3 main casts in the village, Maken, Bhatti, Gondal. There lived also some other casts like Muuchi, Tarkan (Mughal) etc. The literacy rate of this village is average.

It is a large village with a population of about 6,000 people.

Source of income of people:

The main source of income of the people of this village is Agriculture but many people are in Civil Services and some are living abroad and financing their relatives back in the village.

Past Famous Personalities of the Village: 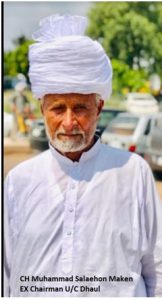 Educational Institutes of the Village:

There are two Govt schools

There is also one Private school call Elementary School for boys and girls and one Madrasa.

The Mekan (spelled Maken/ Maiken/ Meikan too) are a caste, or clan of Jat and are claimed to ancest from Jats mostly converted to Islam, around the 12th or 13th century AD.