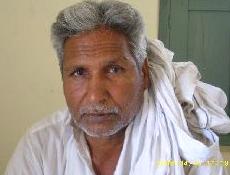 This village is at Ranmal,Asadullah pur.Its 26 Km from Gujrat in west and 40 km from Mandi Bahauddin in south east.Phalia is just 20 km in the west of the village.

History of the village as heard by the people is that A man Named as Narang was as sikh .Narang singh.Those were three brothers ,long,Narang and Thakkar. They came from the Hafiz Abad distt after flood reasons .Long started living in long And Narang came to this village which was named later his name.

Founder of the village was known as Narang ,He was dhotarr.

Population of the village is round about 4000  persons

Nature of the people

People of the village are very hospitable,friendly, hard working,and moderate.

Source of income of village comes agricultur sector.govt services,and most of the people are living abroad ( spain.america,england,middle east etc)

Social personalities of the village

There is no govt hospital in the village …

Narang is Union Council of the area.