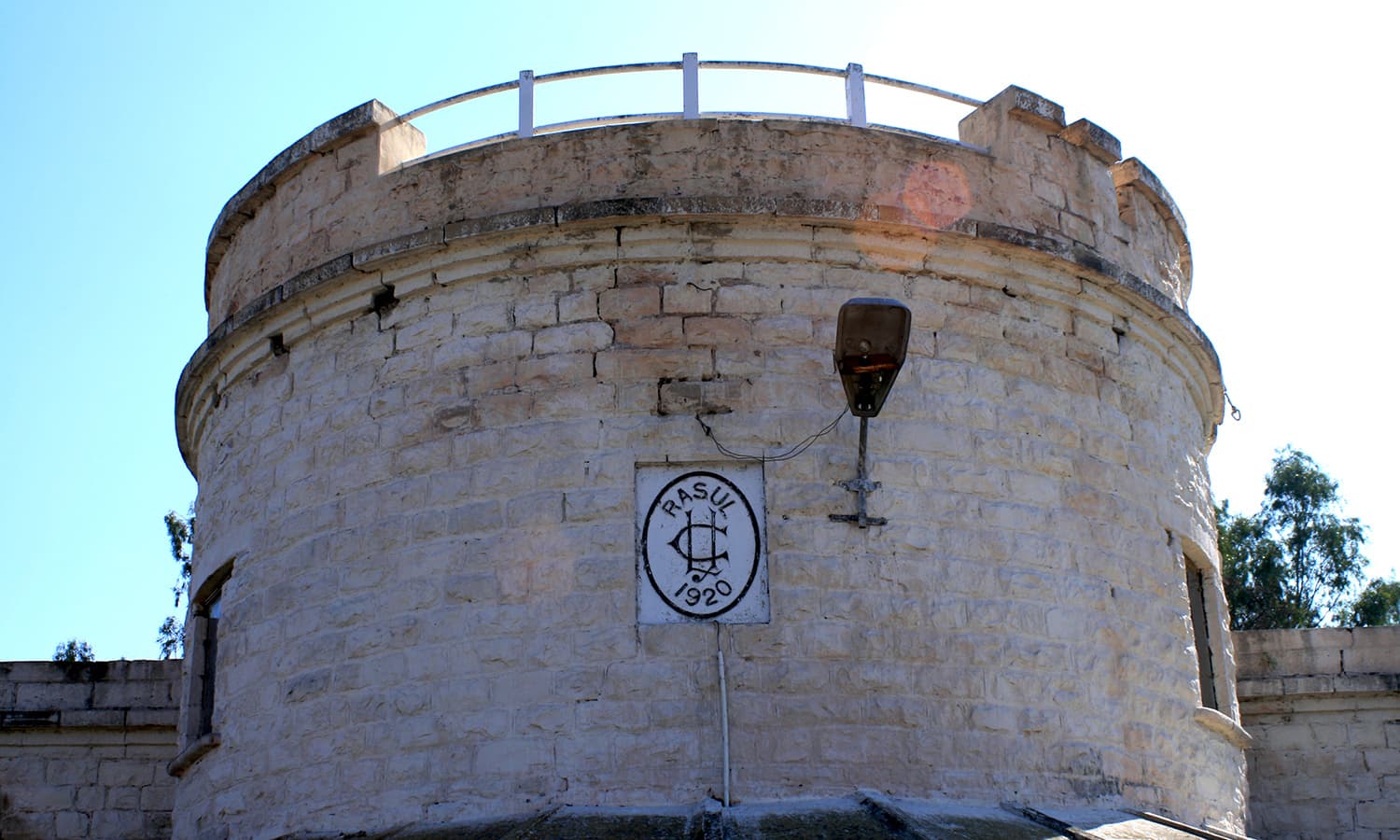 Rasul village is one of the important historical village in District mbdin. Village Rasul was established by Raja Raam. Raja Raam was brother of Raja Moga, who established village Mong which is 6 kms in the south east of village Rasul and opposite to village Darapur. As both villages Rasul and Mong were established by real brothers, even hundreds years has been passed but Rasul is called as Mong Rasul. It is assumed that village Rasul is a branch of village Mong. Village Rasul has historical importance as well. Rasul was Head quarter of Sher Singh when the famous battle between British and Sikhs was fought at Chailianwala. Here is a Bargad (Bodh) tree which has been planted from the branch of an old Bargad tree. Government has placed marble board under this tree which demonstrates that Sher Singh’s army stopped over here.
There are also ruins of an old mosque here. There was plank placed on this mosque which was uprooted by the British Deputy Commissioner Mr. E.C. Belly. According to this plank this mosque was constructed in 1000 Hijri.

History told us that people of Village Rasul accepted Islam in the result of preaching of Islam made by a Saint (Wali Allah) who used to live here. According to this Saint, his forefather came here in the era of Moghals.Village Rasul is also famous due to Technical College named GCT Rasul (Govt.College of Technology Rasul). Thousands of student of this institution are serving on higher positions in Pakistan and abroad. There is also two barrages here which is called Rasul Barrage. One is called Old Rasul Barrage and other is called New Rasul Barrage. This barrage is located on the River Jehlum. This barrage has flood capacity of 24070m3/sc. Water is diverted from this point to the 538-cumec Rasul-Qadirabad Link (RQ-Link) Canal for ultimate transfer to the Sulemanki Barrage on the Sutlej River.In 1963, the Rasul Barrage and Rasul-Qadirabad Link canal project under Indus Basin irrigation project started. The Project was managed by WAPDA, and a large colony for government employees and foreign contractors was constructed a few kilometers from Mandi Bahauddin. This project was completed in 1968 by Engineer Riazur Rahman Shariff as the Project Director.It started expanding after the completion of Rasul Hydroelectric Power Station on Upper Jhelum Canal in 1901.

Power House at Rasul, Tehsil Mandi Bahauddin was established in 1952 with the capacity of Power Generation 22 Mega Watt. At present 14 Mage Watt power is being generated.

This village is situated on very beautiful place sorrounded with big water canals and on northside with River Jehlum.