My sweet village Kot Baloch (کوٹ بلوچ) is located at 9 KM north from Mandi Bahuddin. The Main Bus Stop of Kot Baloch is called 8-RD. Kot Baloch was very famous during British rule due to its organized bazaar and local markets, which were under the control of Hindu community.

Its name was given due to Baloch tribes or a person (Baloch) who visit this place for the first time before 1000 years ago along with their families and animals “camels”, they live there besides the river (Corner of River Jhelum) as that location was very suitable for shelter. Usually, they spend six months and go back to their native areas for the winter season. Also, after some years some Jatt Gondal families also came from Sohawa Village (Near Mandi-Bahauddin) and they started agriculture work and construct some temporary houses in order to start living there but after some years Mr. Baloch left the area and till now its name is Kot Baloch.

Furthermore, as I have studied that there were also some other tribes in this village before Baloch because we found many things during the excavation of land/plot which shows that some peoples were living there (More than 1000 years) but due to some flood or earthquake they died or left the area but nobody has complete information about this.

The population of the village is over 7,500 including both lokri and small daira of village.

The literacy rate is over 90%. The peoples of Kot Baloch are mostly loving, caring and friendly e.g. during Maila of Baba Noor Shah many people’s came from other villages and they spend 2 to 3 nights in kot baloch without any relation, only for the sake of Allah Almighty and that, they are our guest. Our Gondal families welcome guests and refresh them accordingly.

Baba Noor Shah was a famous Wali Allah . Every farmer donates one day milk of their buffalo to Mazar Baba Noor Shah after birth of the calf.

This maila is one of the best entertainment for our farmers , where many kind of house hold items are available as farmers do not need to go to the market frequently. So, our farmers bhai can buy their required items from this market and enjoy to watch cinema, beside this Death well and many others Shows are held in the mela . Now it has been under the control of  Punjab Government. 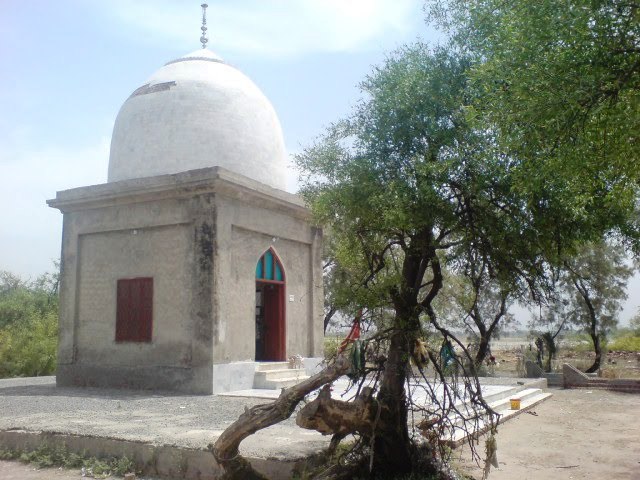 Before 1970 agriculture was 90% source of income but currently many peoples are working in Europe and Middle East and they send remittance to their families. Also, many educated persons are serving the nation and our area with attractive government and private jobs after completion of higher education.

A remarkable step by Village young boys, they are doing excellent work and they have changed the village with the help of the peoples of Kot Baloch. I salute them.

Past Famous Personalities of the Village

There were many Historical buildings in kot balouch but now all demolished except Dahram Shalla, which is Govt. Primary Girls school.

River Jehlum is 2 Km west side and Rasul-Qadirabad Link Canal is crossing in our village. Also Rasul Barrage is not far away from our village and there are also many natural Lakes. Now there are many fish forms near to my village. I will say with proud that for people who are interested in nature and want to spend some free time for picnic. They can have good place here.

Educational Institutes of the Village

If any comments please contact with Akhtar Rasool Gondal thru email mar_sacodeco@yahoo.com or https://www.facebook.com/AkhtarGondal