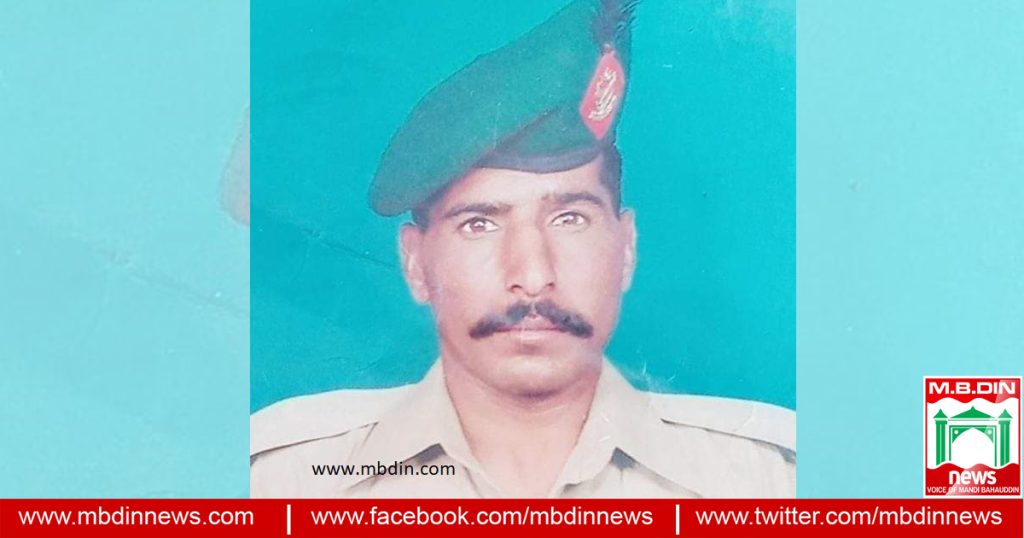 He got Shadat on 16th December, 2007 4:20 AM near Mand in Sawat during operation against terrorist. He was buried on 17th December, 2007 in his hometown Dhala Sharif tehsil Phalia with honor and respect.