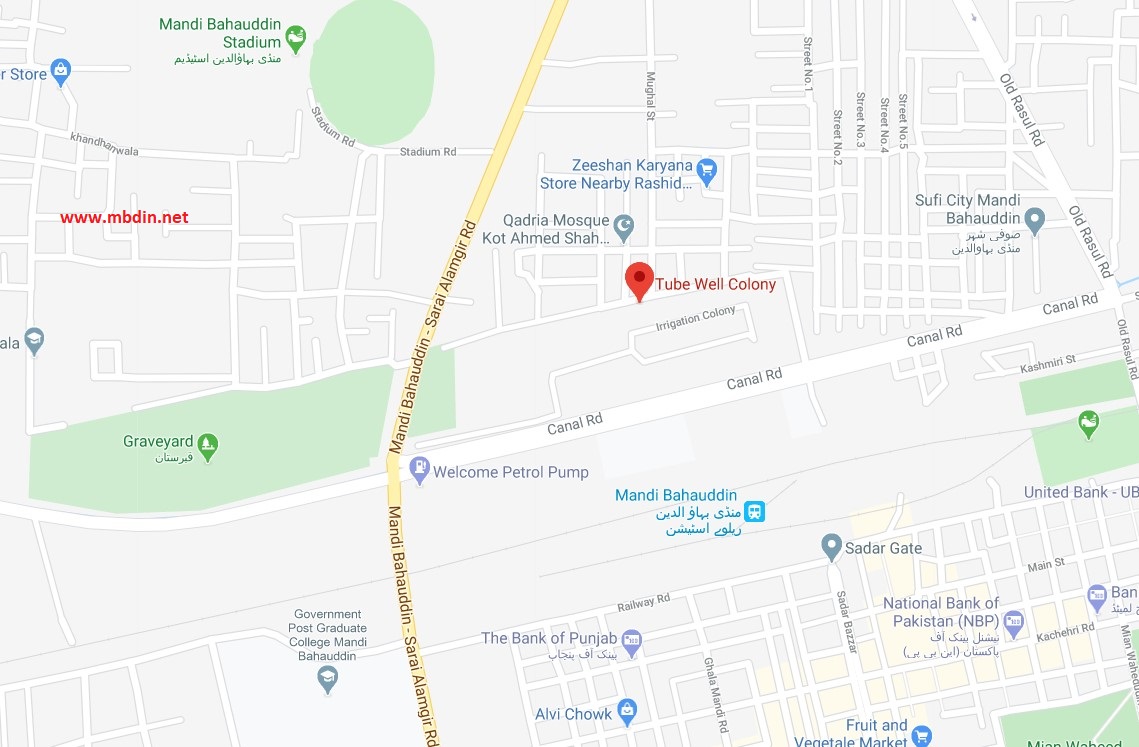 IN THE NAME OF ALLAH THE MOST BENEFICENT AND MERCIFUL

Tube Well Colony  is situated in Mandi Bahauddin City. It is near to Railway Station and it is on the north side of city. Anyone can reach this colony by moving towards Rasul Road.

The inhabitants of this colony are from different districts and villages but due to their posting in Mandi Bahauddin temporarily residing here.

As compare to other areas of District Mandi Bahauddin they are very cooperative to each other and living like a family. Almost all people are educated, moderate and Islamic.

As all people living in this colony are educated that’s why they are very conscious about education of their children. The achievements of young generation of tube well colony are as follows.