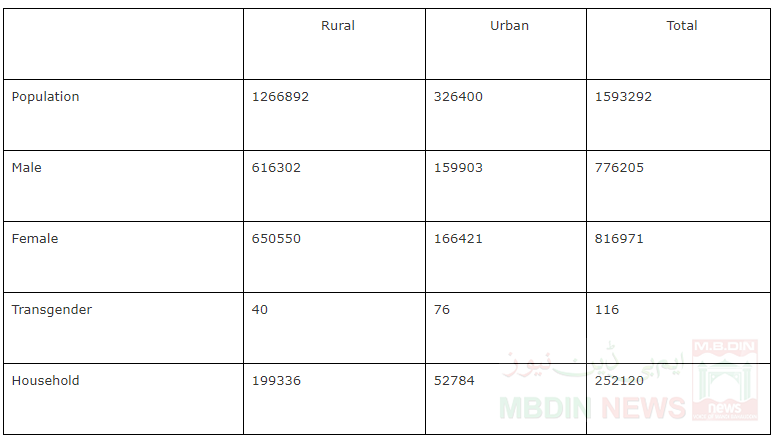 All facts and figure of population of Mandi Bahauddin latest census of 2017 Pakistan. .